Today’s the day that the first year’s show their Group Presentations. This involves all of the Production Arts department first year students from all pathways to work together to present work on a common theme. This year the theme is The Seasons. 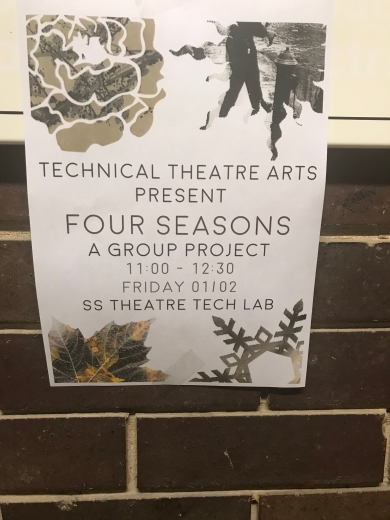 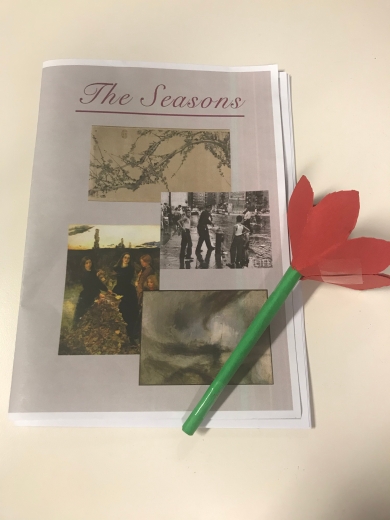 We started with Spring. Their stimulus was the painting A Breath of Spring by Zou FuLei and I Am the Resurrection by The Stone Roses. This team had made T-shirts for their team members with Spring It On stenciled on the back. 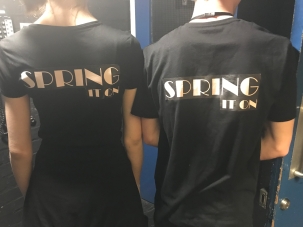 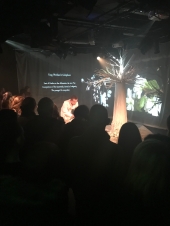 Then we moved to Summer and the memories of a New York Police Officer of when he was a boy in the 1960’s. They’d put together a story that was based on their stimulus – a photograph of a fire hydrant being set off in 1960’s American summer and Heatwave and Dancing in the Street by Martha and the Vandella’s. 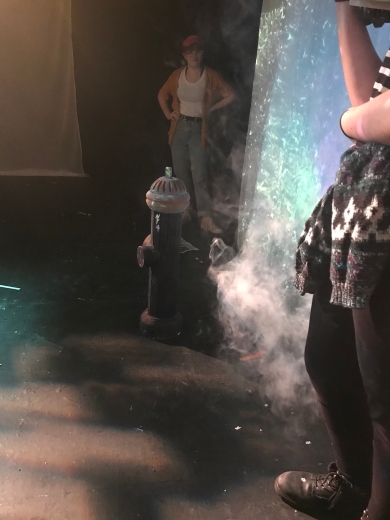 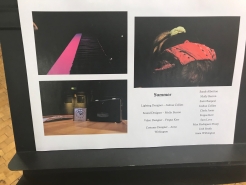 For Autumn we looked at all the different things that happen during the season – bonfires, pumpkins, Halloween and Remembrance Day. Their stimulus was the painting Autumn Leaves by John Everett Millais and the music The Autumn Stone by The Small Faces. 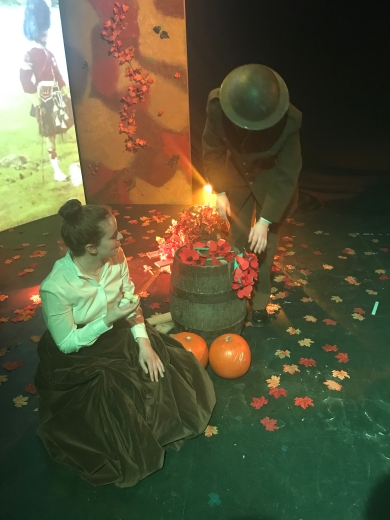 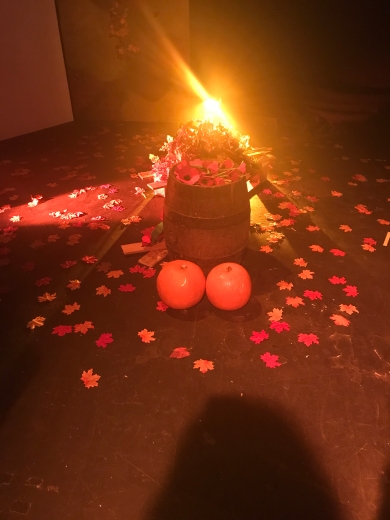 The final group showed us Winter – inspired by J.M.W Turner’s Snow Storm: Steam-Boat off a Harbour’s Mouth and Endtroducing by DJ Shadow. We went onto the deck of a boat and were treated to the interactive element of sea spray and indoor snow! 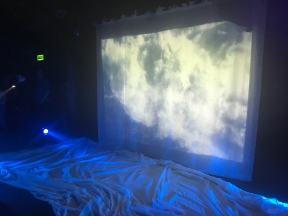 Well done to all four groups!

One thought on “Group Presentations 2019”