At the very end of Spring Term, the TV Studio was converted into a forge for Tamsin’s graduation project.

One of Tamsin’s hobbies outside of Guildhall is blacksmithing, so she wanted to show us how it’s done. 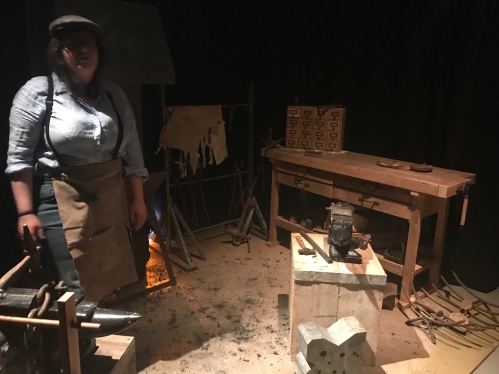 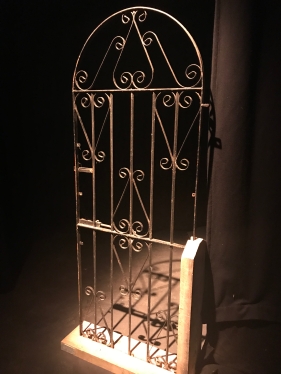 She had 3 areas to the project, the waiting area where guests were asked to put on forge aprons, then once through the gate you were into the forge itself – where Tamsin talked through the history of blacksmithing and demonstrated some tools and techniques.

The third area showed all of the research that Tamsin had done before and during the project, including some items she had forged herself and anvils she had created.